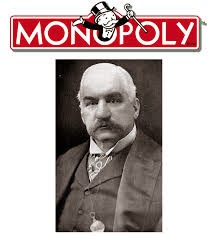 
I work as a stock broker for Piper Jaffray located in Los Angeles. What happened yesterday left me absolutely stunned in disbelief.

I manage the portfolios for more than half of our richest clients and my boss called me into his office and told me to cash them all out immediately. My obvious thought was that there was going to be a crash but it was strange that he was so adamant about cashing them out. He clearly knew something so I asked him what was up. He spilled the beans and said look, we are going into a currency crisis. Major banks are going to default in the next 3 weeks. The stock markets are going to go in a violent downward trend not only here but all around the world. The currencies of the world are going to move in every direction and there's no predicting which ones will still be standing after this is all over. It will spill into the bond markets here and it will be interesting to see what the fed will do. He warned whatever the fed did it was not going to help and not solve any problem. When I asked who told him this. My boss said he talked to a buddy of his who happens to be an executive in JP Morgan. I asked what triggers it and he said the Chinese trust default is going to cause a domino effect which will spill into every market and every currency in the world. He also said this coming week from the 27th to the 31st will have volatile trading and that this collapse is imminent within the next 3 weeks.
Publié par Isabelle à 09:46