ISIS Has Declared An Islamist Caliphate So Expect Mass Crucifixions 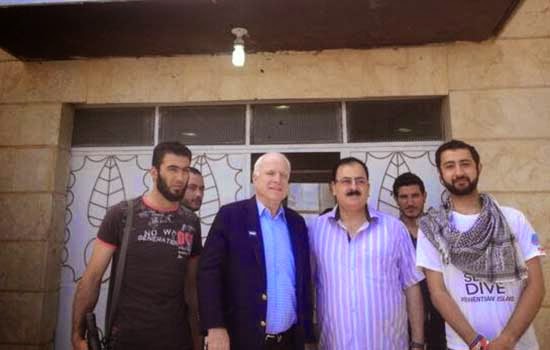 McCain posed for pictures with these rebels, smiling as the camera snapped. Now, ISIS, Islamic State of Iraq and Syria formerly known as Al Qaeda in Iraq, is using those pictures as a campaign ad.

There May Be An Ancient Earth Inside Earth, Say Harvard Scientists 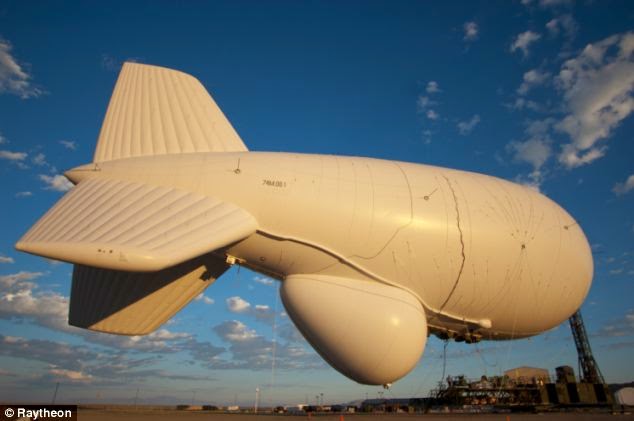 It is a nightmare that has stalked us for centuries: hordes of human beings transformed into mindless, cannibalistic monsters. Could this civilization-ending nightmare become reality? Scientists have discovered pathogens that turn insects into the walking dead. New strains of viruses are attacking humans every day. Mathematicians have calculated the likelihood of surviving a zombie virus outbreak: they’re not hopeful. Now neuroscientists are discovering how easy it is for us to lose conscious control of our bodies. Are we at risk of becoming puppets? And if we are already in the middle of a zombie apocalypse, would we know it? To tantalize your curiosity, here is a clip from the episode.

THROUGH THE WORMHOLE with MORGAN FREEMAN
http://www.youtube.com/watch?v=2Fb7fRpkUAM

* Boston Globe 1922: "Giant’s Graves in California New Race of Men Dug Up, With Stone Implements Unlike Any Others"
http://conscience-du-peuple.blogspot.com/2013/08/boston-globe-1922-giants-graves-in.html

Journal of Religion and Health: "Schizophrenia or Possession?"
http://conscience-du-peuple.blogspot.com/2014/06/journal-of-religion-and-health.html 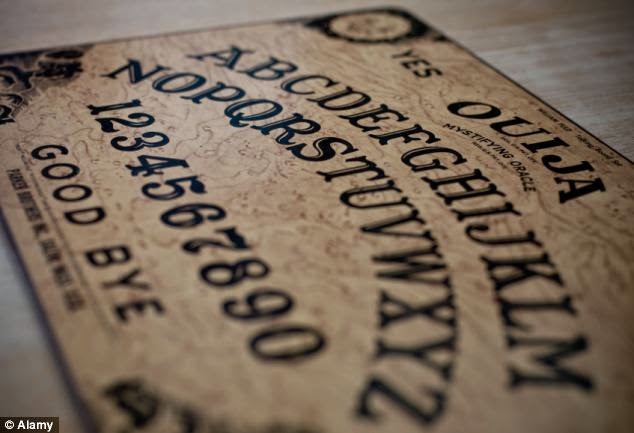 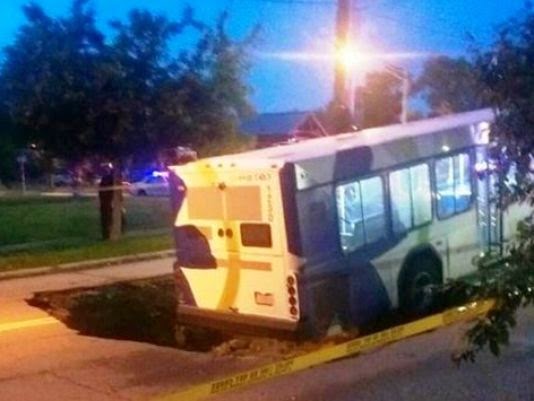 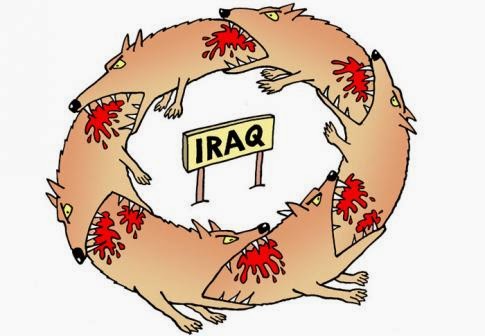 ISIS militants with US passport?

There is something particularly concerning about the "masked, sociopathic murderers" who fight for the Islamic State in Iraq and the Levant (ISIS), writes former state department official Andrew G Doran for the National Review.
Some of them, he says, are Western citizens who have travelled to Syria to fight President Bashar Assad's government - and have passports or other immigration paperwork that would allow them to return to their home countries whenever they want.
In fact, he says, citing the Daily Beast's Greg Sargent, perhaps a dozen are already in the US.
He continues:
These veterans of al-Qaeda and its affiliates constitute a fundamentally different threat than that which America faced in 2001: they are Western (at least in nationality); they are seasoned combat veterans; they are known, but perhaps too numerous to track.
Mr Doran writes that the Syrian revolution, in which the US has sided with those seeking to topple Mr Assad, has taken the focus away from the real enemy: al-Qaeda.
"If these Islamist veterans of the Syrian conflict succeed in pulling off a terrorist attack against the United States, the problem with America's policy in Syria will come into focus immediately," he says.
He says US idealism is to blame for our current Syrian policy.
"Unable or unwilling to distinguish between mere Machiavellian evil (Assad) and globally ambitious sociopaths (ISIS), America may have left itself vulnerable," he writes.
If the US government officials are smart, he concludes, they're currently scrambling to track down all the ISIS-affiliated individuals who may be returning to the US from the Middle East. "Let us hope those efforts are successful," he writes.
A number of US politicians echoed Mr Doran's concerns on Sunday's political talk shows.
"The seeds of 9/11s are being planted all over Iraq and Syria," Republican US Senator Lindsey Graham said on Face the Nation. "They want an Islamic caliphate that runs through Syria and Iraq ... and they plan to drive us out of the Mideast by attacking us here at home."
On Fox New Sunday, House Intelligence Committee Chairman Mike Rogers said: "This is a problem that we will have to face, and we're either going to face it in New York City or we're going to face it here."
The political rhetoric in the US over the ISIS is growing. The question, however, is whether it will translate into US public support for increased intervention in Iraq.
Iran

A peaceful nuclear programme - Writing in the Washington Post, Iranian Foreign Minister Mohammad Javad Zarif says that he is confident his nation can reach a comprehensive nuclear agreement with the Western negotiators by next month's deadline.
He says that the Western powers must accept that Iran will have a peaceful nuclear programme, however, and will not "abandon or make a mockery of our technological advances or our scientists".
The West insists on perpetuating a "dangerous myth" of an Iranian nuclear weapons on the verge of "breakout", he contends. In order for Iran to build a nuclear weapon, it would have to expel United Nations inspectors and reconfigure its production systems to handle a "complex weaponisation processes". That would take several years, he writes.
Iran had the opportunity to move forward with nuclear weapons development in previous years but refrained, he says. Negotiators cannot pass up the opportunity to reach an agreement and put in place "long-term confidence building measures, as well as extensive monitoring and verification agreements".
North Korea

Time for a Kim Jong Un to go - The US, China, South Korea and Japan have engaged in a policy of containing North Korea because they fear that the consequences of the Kim regime's demise would be grave, writes Columbia University's Sue Mi Terry. In reality, she says, the long-term benefits of the end of the Kim dynasty outweigh the short-term risks.
A new government could lead to the release of the 80,000-120,000 prisoners currently in North Korean slave-labour camps, she contends, and reduce the North Korean military threat to its neighbour to the south.
It would also free China from the financial obligations of supporting the North Korean people and open the north to South Korean investment. Eventual reunification would be a "demographic jolt" for the south, whose population is much older than the north's.
Rather than continue to prop up the North Korean government, she concludes, the US should increase sanctions and containment efforts, with the intent of bringing about regime change
Russia

Rethinking the Russian empire - On June 12, Russia celebrated its declaration of independence from the Soviet Union. The significance of the day, however, remains clouded in confusion, writes Ivan Sukhov for the Moscow Times, as "nobody has ever really understood from what or from whom Russia gained independence".
Despite some of the drawbacks of daily Soviet life, many Russians fondly remember the era, a time "when full employment was the norm and the state's military, political and scientific might awed the world", writes Sukhov. Even President Vladimir Putin has described the dissolution of the Soviet Union as "the greatest geopolitical tragedy of the 20th Century".
These "unresolved and contradictory attitudes" indicate that the legacy of the Soviet Union continues to thrive, Sukhov says. For example, the recent strife in Ukraine shows "that the Soviet empire did not just collapse and get filed neatly away in the archives of history", but rather that the conflict is only the "most recent in a long series of events marking the collapse of the Soviet Union".
Regardless of the impression of a continuous, underlying empire, "common values are in even greater disarray now than when the Soviet Union rapidly collapsed", Sukhov concludes. During the age of the Soviet Union, its citizens "sincerely believed they were part of a grand and global experiment to build a humanitarian socialist society". But, Mr Sukhov asks, what do they believe now?
China

US should open its doors to Chinese investment - The prospect of Chinese investors buying US businesses is threatening to some Americans, writes USA Today's Ted C Fishman, but it shouldn't be.
China is a growing economic force, and tying it closely to the US economy is essential, he says. Such investment creates jobs in the US and makes it less likely that China will ever abruptly cash out the $1.3tn (£770bn) in US Treasury debt it currently holds.
While politicians in Washington, DC worry about Chinese investment, he writes, local and state governments are doing whatever they can to attract Chinese companies, which he says pay 30% more than the average US job.
"If we are smart about letting Chinese investment in," he says, "we can grow richer still as China continues to prosper, and economic ties dispel scarier inclinations."
BBC Monitoring's quotes of the day

Iranian commentators are watchingdevelopments in Iraq closely, as calls for Iranian military involvement with its neighbour grow.
"Considering the evidence and reports about the US role in creating terrorist groups and its support for Baathists to create the crisis in Iraq, the question now is: why are the Western media seeking to show that Iran and America should co-operate in the fight against terrorism in Iraq?... The Western media, through allegations about Iranian and American co-operation in the fight against ISIS, are seeking to minimise American crimes, as well as to show a positive image of America and the UK." - Qasem Ghafuri in Siyasat-e Ruz.
"If the Iraqi government asks for help, any country can help them, because if the host country is willing, there will be no problem. The government could only do so if the Iraqi Constitution gave relevant authorisation to the prime minister, however. As it is, he must get the approval of the parliament. Cunningly, ISIS has initiated their actions at a time that the governance of the prime minister is over and the new cabinet has yet to receive its vote of confidence from the parliament." - Yusof Mola'i in Arman.
"It is clear to everyone that the formation and continuation of ISIS terrorist activities depend on direct and indirect support from the West to this terrorist group. Therefore, the recent approach of the US Democrats in campaigning for confronting ISIS should be studied realistically. The reality is that during recent years, the US has not only been aware of ISIS's activities, it has also intelligently managed and supported these activities." - Sa'id Sobhani in Resalat.
"ISIS did not have the power to occupy and conquer Mosul by itself. What has happened is the result of security-intelligence collaborations of some regional countries with some extremist groups inside the Iraqi government. In other words, it is necessary to consider the elements of time and location of ISIS entering Iraq at this point. The defeats they endured in Syria pushed them towards Iraq." - Sabah Zanganeh inKhorasan.‎
Source:
http://www.bbc.com/news/blogs-echochambers-27844749
Publié par Isabelle à 19:02 1 commentaire:

Journal of Religion and Health: "Schizophrenia or Possession?"

* Modern Psychiatry and Its Tools of Enslavement
http://www.thecommonsenseshow.com/2014/06/18/modern-psychiatry-and-its-tools-of-enslavement/

Schizophrenia is typically a life-long condition characterized by acute symptom exacerbations and widely varying degrees of functional disability. Some of its symptoms, such as delusions and hallucinations, produce great subjective psychological pain. The most common delusion types are as follows: “My feelings and movements are controlled by others in a certain way” and “They put thoughts in my head that are not mine.” Hallucinatory experiences are generally voices talking to the patient or among themselves. Hallucinations are a cardinal positive symptom of schizophrenia which deserves careful study in the hope it will give information about the pathophysiology of the disorder. We thought that many so-called hallucinations in schizophrenia are really illusions related to a real environmental stimulus. One approach to this hallucination problem is to consider the possibility of a demonic world. Demons are unseen creatures that are believed to exist in all major religions and have the power to possess humans and control their body. Demonic possession can manifest with a range of bizarre behaviors which could be interpreted as a number of different psychotic disorders with delusions and hallucinations. The hallucination in schizophrenia may therefore be an illusion—a false interpretation of a real sensory image formed by demons. A local faith healer in our region helps the patients with schizophrenia. His method of treatment seems to be successful because his patients become symptom free after 3 months. Therefore, it would be useful for medical professions to work together with faith healers to define better treatment pathways for schizophrenia.